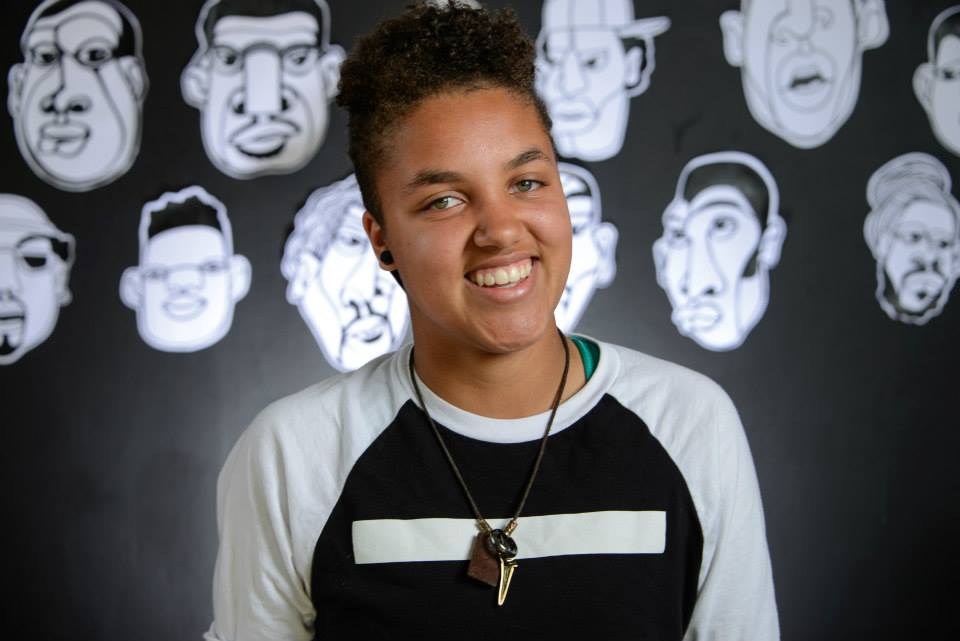 Tova Ricardo, a Bentley Upper School alumna, was Oakland’s 2015 Youth Poet Laureate. Tova began writing poetry in 6th grade and fell in love with the ways that words and characters tie together to spark emotion and controversy inside the reader. Tova soon realized that her first loves were literature and poetry, and knew that she had found the one place where she wouldn’t have to conform to society’s expectations. The meeting of pen to paper allows Tova to claim her freedom of expression and the emotional terrain that surrounds the construction of human identity. Issues of race, gender, sexuality, family dynamics, community, and social stigma crackle like electricity throughout Tova’s work. 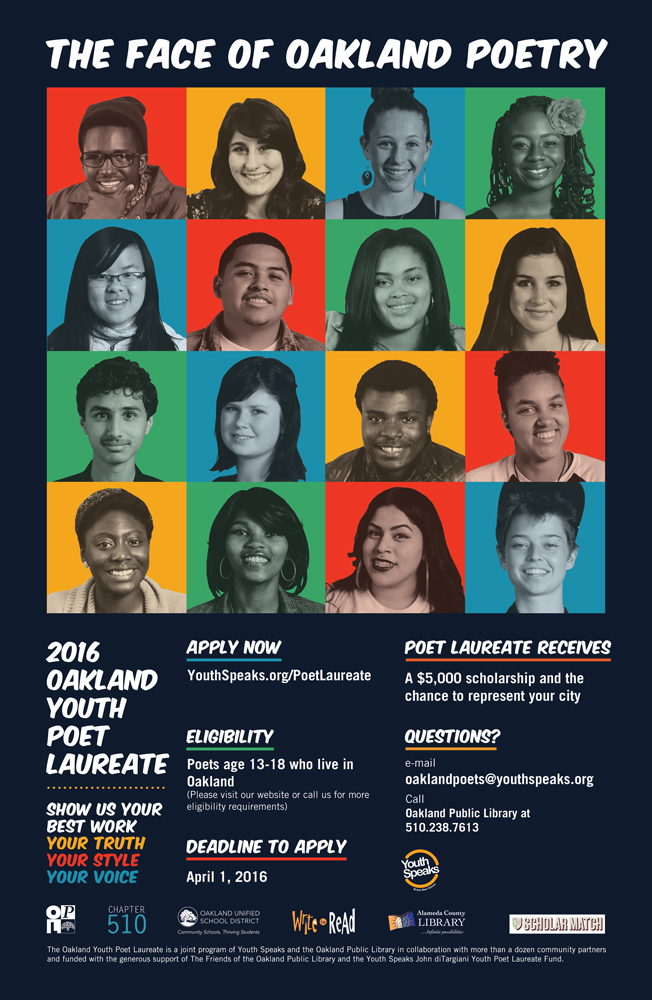 you undermine your potential she says

as the tears wrinkled my yellow tinted skin

she holds tight to her bosom a promise

of a life worth living,

one sipping from the same cup as white millionaires

with their heads on billboards

and Ivy acceptance letters taped to their asses.

but Mama fails to understand

that my youthful dreams have been terminated

by her lockdown of my artistic visions.

she scrambles through my poetry

and does not see a healthy, thriving mansion

in the distant future

or a career overseen by computer science gurus.

she lacks in the knotted origin of her heart

a perspective on an artist striving for a brief chance

in the realm of independent bookstores and high city protests.

she does not want me to load myself with starvation.

The Tiger Tattoo by Tova Ricardo

The Tiger Tattoo
By Tova Ricardo
Tiger tattoos flaunt their paws
across the forearms of brawn, steel muscles
of southern, rugged fields,
of southern, rugged men with contorted rivers
injected by fleshing-tearing tools to replicate
violent blood streams of patriotic men,
but his tattoo was navigated with the tension of each vein,
pouring into an abyss of a tired soldier's reality,
his forever.
His mission, radically to demolish North Korea,
a nation of people who never called him "boy",
who never wore a pointed, white robe
and burned down his house to claim superiority.
His American duty to pack bullets
when he was meant to stack bricks.
He heard nothing but the monstrous, ear-piercing roars
of grenade blasts shooting through battlefields
like fallen stars, frightening creatures beneath feet,
striking men drawn to war from propagandic greed
and heard the pounding roar of his country repeat,
"Vein exposure, vein exposure, ink!
Shoot soldier!
Vein exposure, vein exposure, ink
and bleed!
More ink exposed!
And bleed and bleed and bleed..."
And he bled, again and again,
And he bled, again and again,
he rested in sheer fear every night,
But now he rests in sheer calmness
The thump of his brown wooden cane
Against the white tiles in his house
Echo the pitter-patter of fighter feet
On the ground of North Korea
Echo the torn up cartilage in his knees
Those were the bee’s knees,
I tell you,
But they shook like chaotic cowbells
as an officer
passed by the segregated diner
Back home,
Where he could be shot alone
For appearing like a threat
Not walking obediently and direct.
Back home,
where his torn up bees knees shook
and shook
But the tiger tattoo remained still
He was a fighter,
They both were,
even when colored lines were drawn
on his back spine.
He rose.
He rose from down below in the blood flow
of a foreign murder game.
There he rose.
And as I dozed off to sleep
after a day at his home
I thought of the tiger tattoo that flaunted his paws
across the forearms of brawn, steel muscles
that replicated scribbly lines
to the six year old instead of contorted rivers.
The Tiger Tattoo
who belonged to the southern, rugged fields,
of southern, rugged men
roared as a distraction
at the family dining table
as the seven year old
spilled the rice and beans
in the midst of admiring the ancient artwork.
The Tiger Tattoo,
who was injected by fleshing-tearing tools
to replicate
violent blood streams of patriotic men,
rested as the reasoning
that the twelve year old
got into an argument
with Jewish relatives after
wanting one like Grandpa.
The Tiger Tattoo, who, represented
rebellion to the fifteen year old
now remains in a bodily temple
as an internal artifact to the sixteen year old.
The Tiger Tattoo never scared me.
He guarded my Grandpa and my family
like the baby doll I slept with every night
when the monsters creeped in
to lure me away with propagandic greed.
The Tiger Tattoo never terrified me.
No cardboard casket for him.

My Grandpa never had to bleed again.