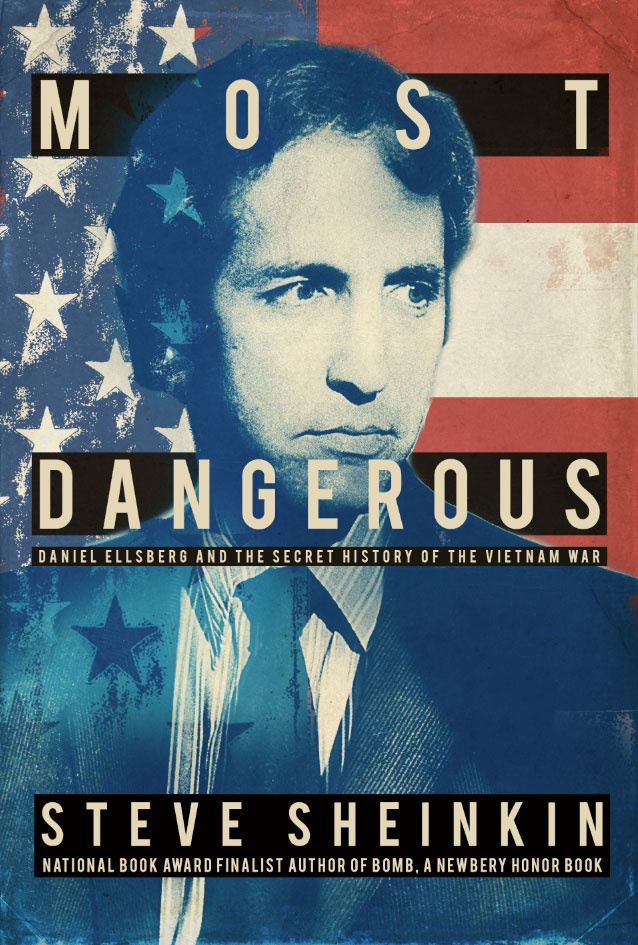 Most Dangerous recounts the story of America’s first large-scale government whistleblower, Daniel Ellsberg, who became famous (or infamous) for leaking the “Pentagon Papers,” which exposed the questionable decisions that led the United States into the Vietnam War. A fascinating and incisive portrayal,Most Dangerous is both extremely timely and relevant despite being about events from more than forty years ago—and a book that all young people and adults should have on their reading list. (National Book Foundation)

This captivating nonfiction investigation has captured widespread critical acclaim, including features in The Washington Post, and on NPR, selection as a 2015 National Book Award finalist, and selection as a finalist for the 2016 YALSA Excellence in Nonfiction Award.

"Steve Sheinkin's 'Most Dangerous'" book review by Greg Grandin in the The New York Times Sunday Book Review on November 6, 2015.