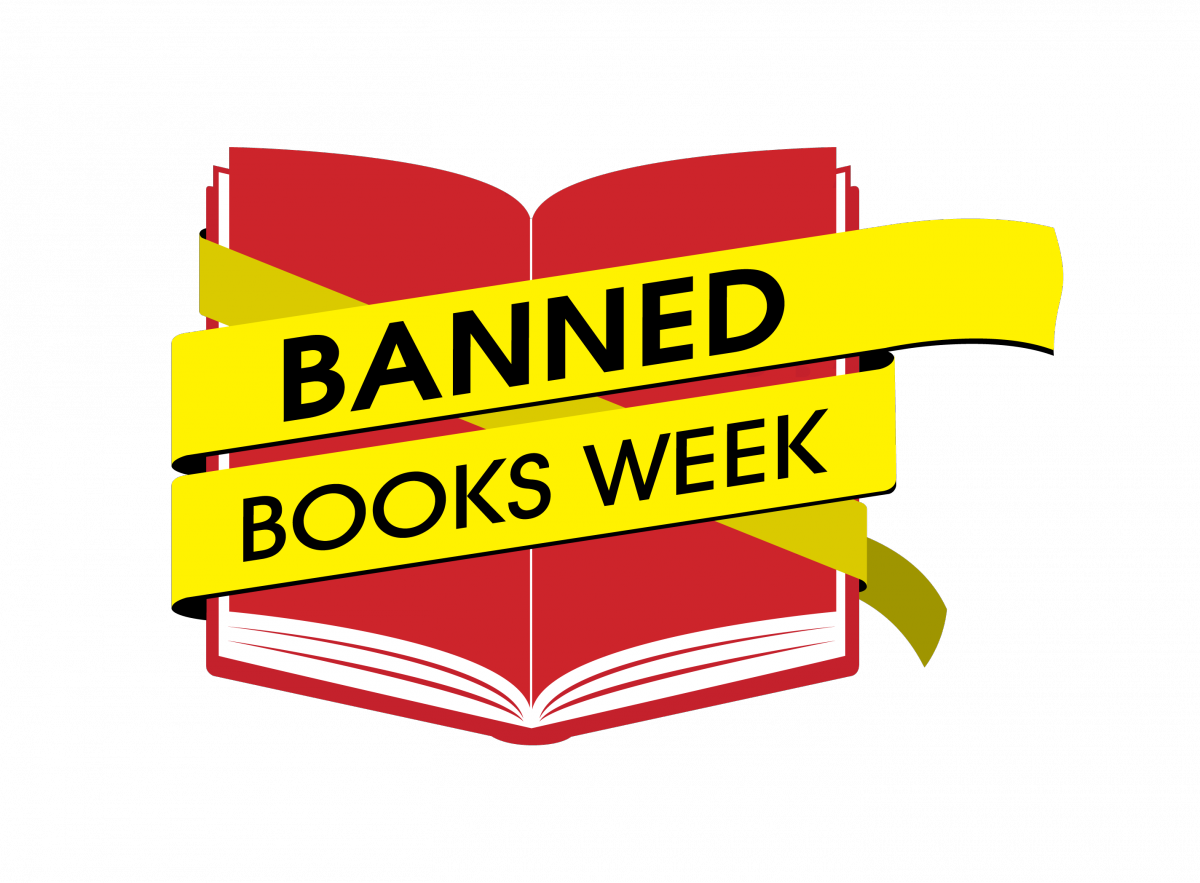 Banned Books Week, September 22 - September 28, 2019, is sponsored by the American Library Association and is held annually during the last week of September to celebrate the freedom of choice and the opportunity to express one's voice.

FRESHMEN (and others!) -- Did you know that in 1996, school authorities in Merrimack, New Hampshire, found nothing amusing about Shakespeare's Twelfth Night, in which a girl washes ashore after a shipwreck, disguises herself as a page, and falls in love with her male master. That jolly cross-dressing and fake-same-sex romance was deemed in violation of the district's "prohibition of alternative lifestyle instruction," and copies of the play were pulled from schools.

What is a Banned Book?

Every year the American Library Association records hundreds of attempts by groups and individuals to remove books from schools and libraries. Groups try to ban books–get them off the shelves so they can’t be read–for a variety of reasons, some of the most popular reasons being “sexually explicit,” “offensive language,” and “unsuited to age group.”  Banned books are books that have been considered unfit to read in schools or have in libraries. These books have been the target of censorship due to their contents. Books may be banned locally, but in some instances are banned nationally as well. A banned book is not illegal to read, but may be difficult to find. It is not uncommon for a book to be banned from some schools, but be on the reading lists for others.

The American Library Association promotes the freedom to choose or the freedom to express one's opinions even if that opinion might be considered unorthodox or unpopular, and stresses the importance of ensuring the availability of those viewpoints to all who wish to read them.

What is the difference between a challenge or banning?

A challenge is an attempt to remove or restrict materials, based upon the objections of a person or group.  A banning is the removal of those materials.  Challenges do not simply involve a person expressing a point of view; rather, they are an attempt to remove material from the curriculum or library, thereby restricting the access of others.

Why are books challenged?

Censorship can be subtle, almost imperceptible, as well as blatant and overt, but, nonetheless, harmful.

Often challenges are motivated by a desire to protect children from “inappropriate” sexual content or “offensive” language. The following were the top three reasons cited for challenging materials as reported to the Office of Intellectual Freedom:

Restriction of free thought and free speech is the most dangerous of all subversions. It is the one un-American act that could most easily defeat us.

If a book should contain, "racial themes"

Then it should not be read, it seems

That's why many a book was banned

Not to be read across the land.

Some would say, inconceivable,

That we'd ban To Kill a Mockingbird

To stop the message from being heard

But if you want to hear what they have to say

You should read the banned books anyway!